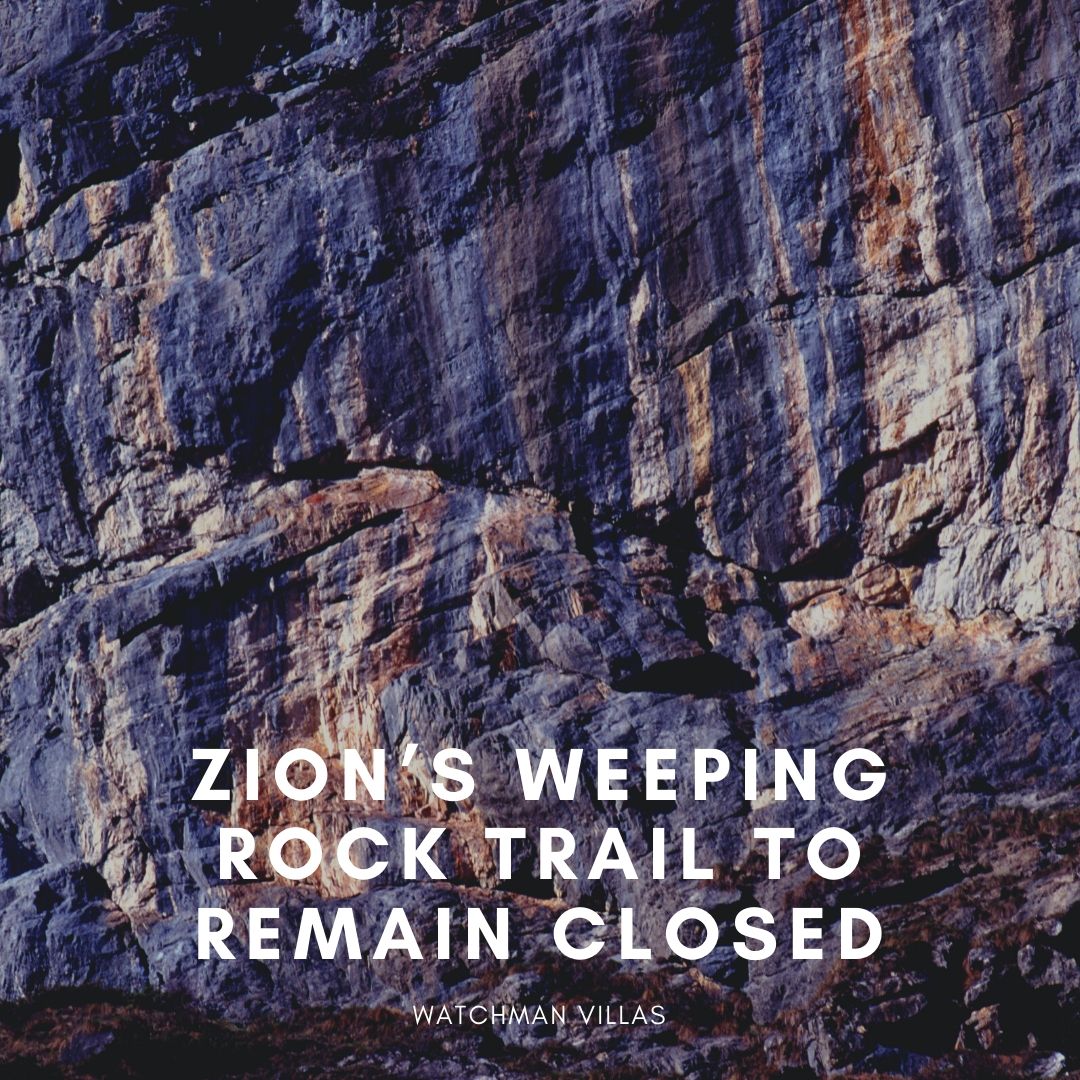 Back in August of 2019, rockfall in Zion National Park caused a trail closure on the popular Weeping Rock trail.

Trail closures aren’t necessarily a rare occurrence in this national park, or in most national parks for that matter. The rocky terrain, coupled with changing temperatures and precipitation, cause rocks to break loose, tumbling down the sides of canyon cliffs.

In most cases, these rock slides and tumbles are fairly minor. The trail might close for a few days, or even a few weeks, while rangers and staff work to clear the debris. After that, professionals are brought in to make sure that the trail is safe for hiking to resume in the area. Then, the trail reopens and business continues as usual.

What’s unusual about the Weeping Rock Trail closure is that the trail remains closed today, more than 5 months after the rockslide took place. Keep reading to learn more about the closure and when the trail may reopen. 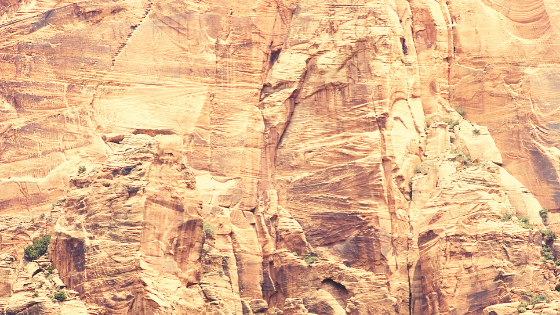 The massive, tumbling rock caused a chain reaction. It dislodged an avalanche that rained down over the Weeping Rock Trail, as well as the parking lot for the trailhead. Rocks and debris also fell down onto the Hidden Canyon trail, the East Rim trail, and even across the Zion Canyon Scenic Drive and the Virgin River.

The rockslide closed off access to the end of the Weeping Rock trail, stranding a small group of hikers. They were all able to climb over the debris or otherwise go around the slide and make it off of the trail safely on their own without requiring rescue.

Three hikers were injured during the initial rockslide. Two were treated on-site for minor injuries, while the third was transported to Dixie Regional Medical Center by ambulance with non-life-threatening injuries.

Following the rock slide, all shuttle services on the Zion Canyon Scenic Drive were discontinued for around an hour-and-a-half. While shuttle service resumed after that, shuttle stop 7 at the Weeping Rock trailhead remained closed.

It Wasn’t the Area’s First Rockfall in Recent History

The rockslide above Weeping Rock wasn’t the first to occur in the area recently. Early in the year, another rockslide closed nearby East Rim trail. The rockfall occurred on January 18. Geologists surveying the fall recommended that efforts be taken to fix the trail and stabilize the rocks near the trail.

Almost a year to the date before the Weeping Rock rockslide, another major fall occurred. On August 29, 2018, a rockslide on Hidden Canyon trail trapped nine hikers. While none were injured during the fall, they did require rescue. Zion’s Search and Rescue team, with help from the Grand Canyon helicopter crew, helped haul the hikers out of the canyon to safety.

As a result of the previous rockslide, Hidden Canyon trail was closed when the latest rockslide in the area occurred. This ended up being a huge relief to park staff, as it no doubt saved lives or at the very least prevented injuries and the need for more rescues during the recent rockslide.

When Will Weeping Rock Trail Reopen?

A survey of the Weeping Rock rockslide found no definite cause for the incident. Instead, geologists blame something called “thermal cycling.”

Thermal cycling occurs when precipitation warms up in rock crevices, causing them to begin to separate. Then, as the rock cools down or freezes, the rocks are further pushed. Continued warming and cooling causes sandstone pieces to eventually break off.

August 24 was a warm day, which would support this theory. Unfortunately, several other large slabs were identified as unstable. That means that future rockslides are a risk on Cable Mountain at this time.

Hidden Canyon, Weeping Rock, and Observation Point all remain closed at this time, with no opening date set at this time. Park officials plan to let water and winter do their job; those unstable rock faces will eventually fall. Once the threat is naturally reduced, the debris can be cleared and these trails can reopen.

Planning Your Visit Around Trail Closures

If you have a visit to the park planned in the coming weeks, there’s a good chance that these trails will still be closed. But don’t fret; with so many hiking trails to choose from throughout Zion, you’ll have no trouble finding an alternative.

Before you head into Zion for a visit, be sure to check out the park’s website for trail closures, or stop by the Visitor Center to talk with rangers about which trails are open that day.

If you are headed to the park soon, check out this article next to learn a few tips to help you navigate Zion’s winter roads. 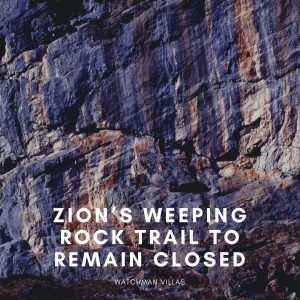