What You Need to Know About Zion’s Closed Climbing Routes 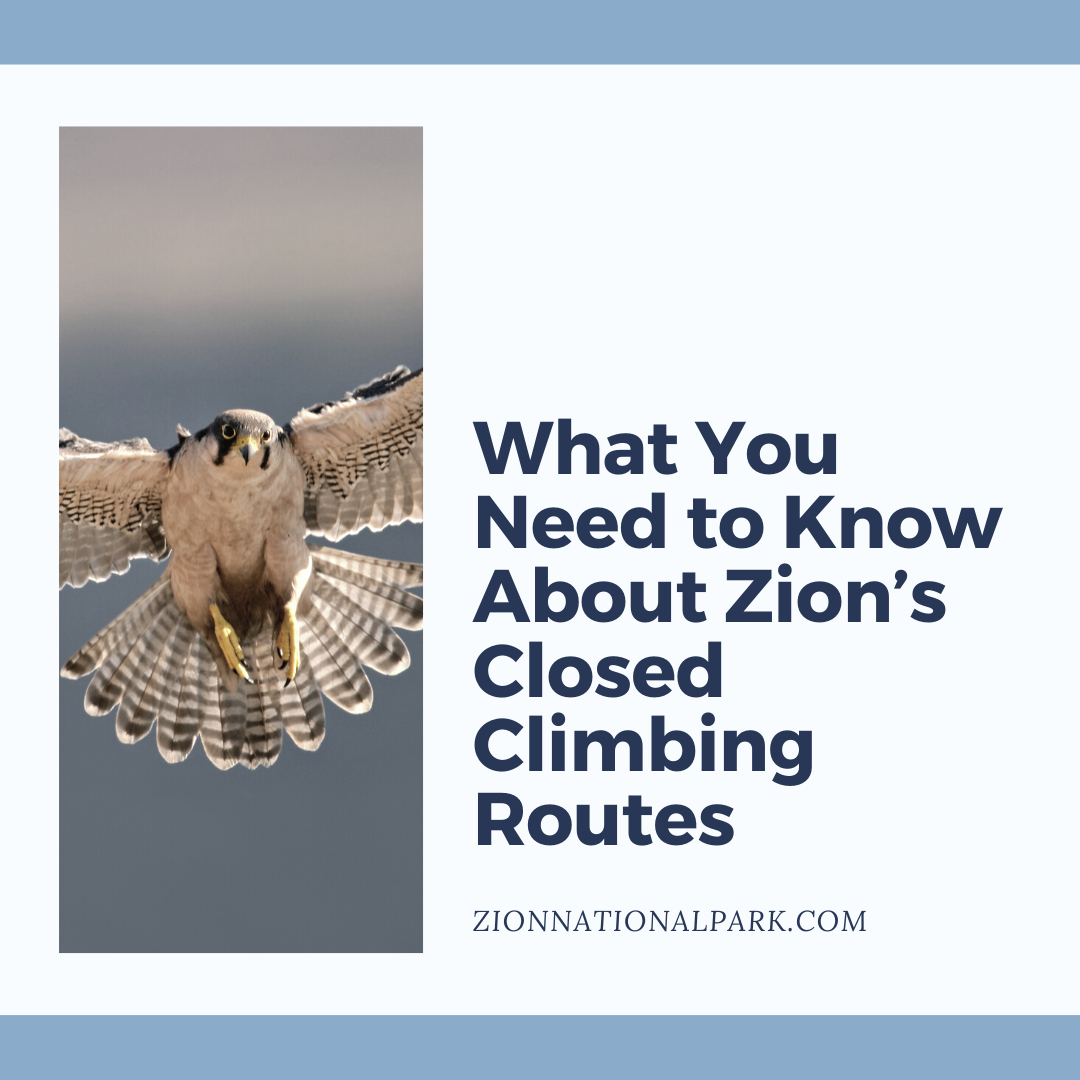 Each Spring, warmer temperatures and melting snow bring waves of visitors back to Zion National Park. Just last week, the Zion Canyon Shuttles restarted their never-ending loops, marking the end of the so-called “off-season” for this popular national park.

But while visitors may enjoy hiking and sightseeing throughout the park, those hoping to do some climbing may need to make alternate plans as many popular routes in the park close.

This time, it isn’t a rockslide causing these climbing routes to close. Instead, it’s an annual tradition, in place to help protect one of Zion’s incredible native species; the Peregrine Falcon. 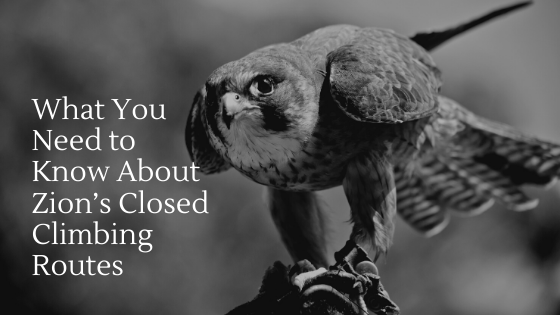 What to Know About the Peregrine Falcon

The Peregrine Falcon is the largest falcon in North America, with a wingspan reaching up to 43 inches. They are powerful and fast, reaching speeds of between 25 and 34 miles per hour. They aren’t just found across the U.S., Mexico, and Canada, either. In fact, they live on every continent except for Antarctica, including many oceanic islands. Peregrine Falcons are one of several falcon species that have been trained for hunting for over a thousand years.

These large, carnivorous birds hunt smaller birds by diving down on them from above. These spectacular dives are called stoops. In urban areas, Peregrine Falcons hunt pigeons. In other areas, they hunt for shorebirds and ducks. They’ll choose a high perch and wait there to dive on their prey. Because of their need for this high look-out point, Peregrine Falcons favor tall cliffs, like those found in Zion National Park.

In the mid-1900s, the use of pesticides led to a mass poisoning of Peregrine Falcons, as well as a variety of other bird species, like the California Condor. DDT caused the bird species to produce eggs with very thin shells. These shells were easily broken, killing the embryo and leading a rapid decline in their population. In 1970, the Peregrine Falcons were officially listed as an “endangered species” under the Endangered Species Act. In 1972, the United States banned DDT. And thanks to extensive recovery efforts, the Peregrine Falcon has made a significant comeback. They were removed from the endangered species list in 1999.

Zion National Park is home to a large concentration of breeding Peregrine Falcon pairs. Every Spring, the birds return to the tall cliffs of Zion National Park to build their nests. During that time, park officials close climbing routes that intersect with these nesting areas, to avoid disturbing the Falcons while they are nesting. If this delicate species is disturbed during nesting season, the pair may leave the nest and won’t return again until the following year. While the Peregrine Falcon has made a comeback, continuing to support breeding is essential to strengthening the species’ numbers.

Experts and park officials have collected data on the Peregrine Falcon and their breeding habits since 2001. Each year, they use this data to determine the closure date for a variety of climbing routes.

As the Peregrine Falcon pairs make their nests, park wildlife biologists will monitor them. Once nesting has progressed, park officials may reopen any cliffs where nests are not present. This typically occurs in late April or early May.

The cliffs where nests are built will continue to be monitored until the chicks leave the nest, or fledge. This usually occurs in late July. After the chicks fledge, the parents will leave the nest as well. Once that happens, the cliffs will be reopened for climbing once again.

Alternative Routes to Climb this Spring and Summer

While some of Zion’s popular cliffs for climbing are closed for at least the next month or so, this doesn’t mean you can’t still enjoy some fun, challenging climbing in the park.

Zion is home to plenty of other cliffs and climbing routes that remain open at this time.

No matter where you choose to climb, make sure that you are following the park’s guidelines for safe, responsible climbing. Not only does this help preserve the natural resources and protect delicate species, but it also means you’ll be doing your part to allow future generations to enjoy rock climbing in the park as well.

New to the park and hoping to catch sight of a Peregrine Falcon nest (from a safe distance, of course)? Check out this article next to learn how to spot some of the park’s most iconic rock formations. 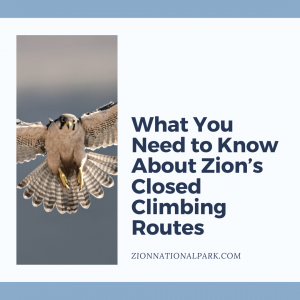