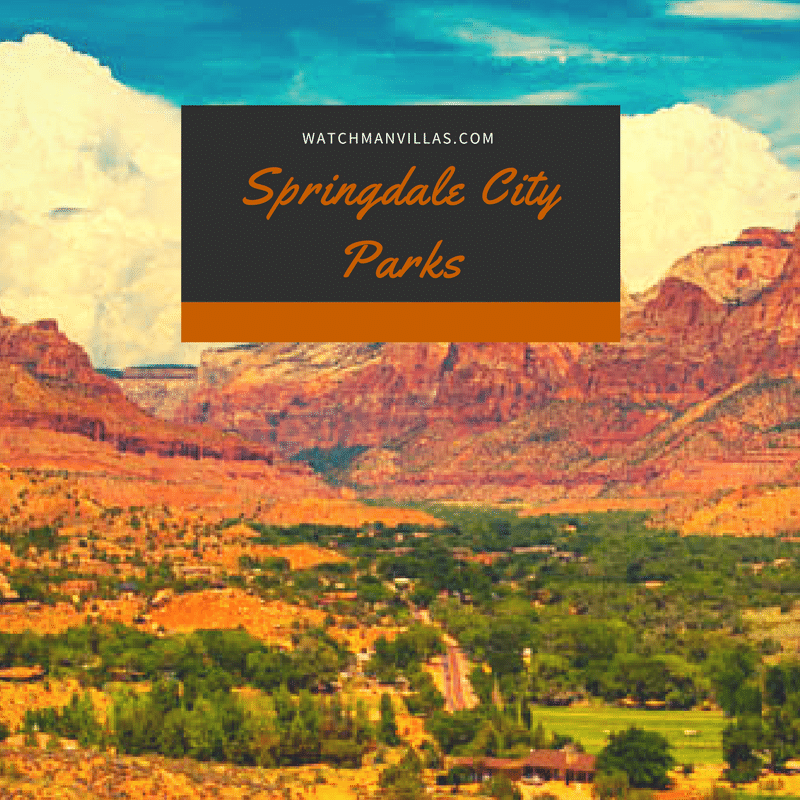 If there’s one thing that Springdale is known for, it’s beauty is probably at the top of the list. The combination of Zion National Park’s natural wonders that surround the city and the dedication that the residents, business owners, and city council members have in making the city look incredible puts Springdale a cut above the rest. One aspect of Springdale that often gets overlooked that certainly adds to its beauty and overall appeal are the Springdale city parks. These two locations are gorgeous and pristine and are wonderful places to spend time while you’re here.

Don’t be ashamed if you love this town and haven’t known about the Springdale city parks; well, one of them at least. One of them is near impossible to spot from the main road due to its somewhat concealed location. The “concealed” one tends to be the more popular of the two overall, but the truth is that they are both fantastic. But let’s start with the hidden gem.

This park is located off of Lion Blvd next to the Springdale Town Hall. One of the highlights of this little spot is its sand volleyball courts. Not just because they are clean and pristine like everything else in the park, but volleyball players never had a better view on the court than the one you’ll experience here. It’s distracting, to say the least. And because of the pleasant year-round weather, locals and tourists can play volleyball comfortably no matter what month it is. A little further back from the volleyball courts lie the tennis courts, soccer field, baseball diamond, and the more recently constructed pickleball courts. And neighboring those courts is an exciting and colorful children’s play area. And of course, there are picnic tables and a pavilion. As you can see, there’s a little more than standard park fare available here, and everything is high-quality and always put together. As far as small-town parks are concerned, this is certainly one of the best available in the western United States.

The second city park is called Springdale River Park and is much easier to spot from the main road, located on your right-hand side from Zion-Mt. Carmel Hwy. One highlight is a beautiful bridge that goes over the Virgin River. There also bathrooms, picnic tables, and some additional traditional park fare. Not as extensive as the other park, but Springdale in and of itself carries a magic with it and no matter where you are, you feel it, but especially in places that are designed to get people outside.

The next time you’re in town, spend some of your downtime in one of the two Springdale city parks. The care that the city puts into maintaining these parks is off the charts and it shows. You’ll love it.