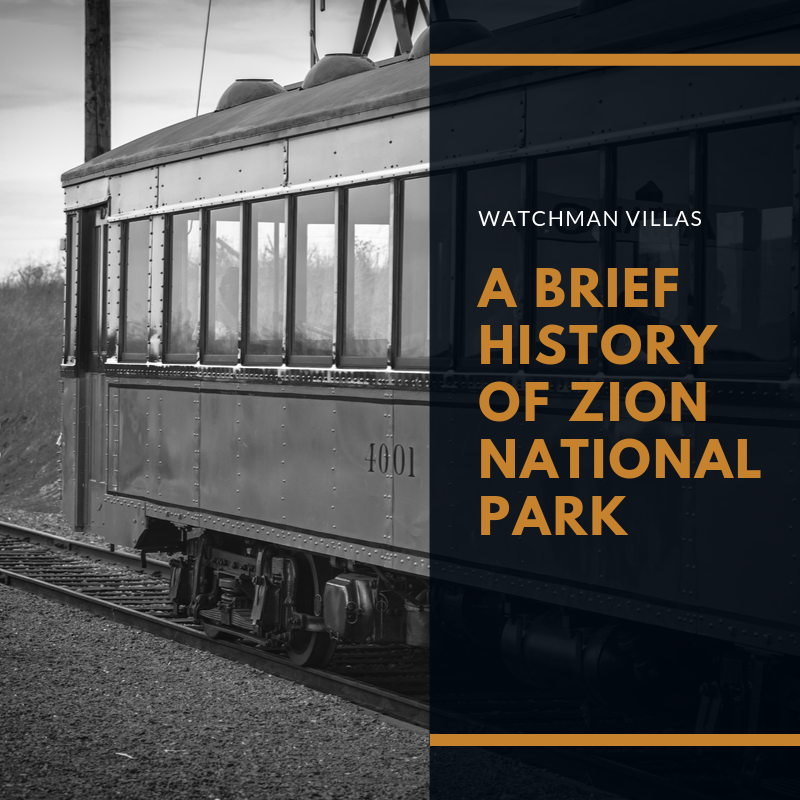 Zion National Park may be the 4th most-visited national park in the country, but it wasn’t always that way. In fact, when visitors first started exploring the rugged trails of Yellowstone, the country’s first national park, Zion was still largely wilderness, with only small groups of settlers exploring the park’s red rock canyons and lush valleys. It would take 47 years from when Yellowstone National Park was established for Zion to receive the same designation. Keep reading to take a look at how Zion came to be the park so many people know and love today. 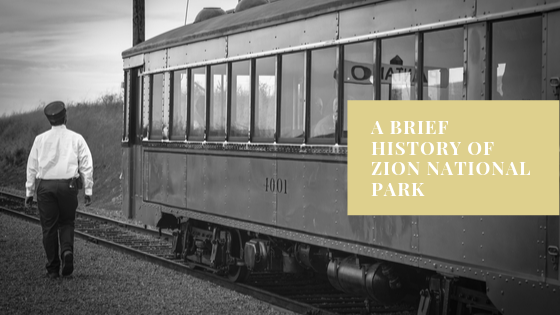 Dating back as early as 6,000 B.C., Native Americans settled in the region now known as Zion National Park.

The first group of early people to call the area home were small groups of hunter-gatherers of the Archaic Period, from 6,000 B.C. to 500 A.D. Because they lived a nomadic lifestyle, they left behind little evidence of their lives, apart from a few artifacts found in caves or buried in various sites. By 300 B.C., Native Americans were planting crops in the area, including corn and squash.

It wasn’t until between 500 A.D. and 1300 that two groups of indigenous people, the Virgin Anasazi and the Parowan Fremont, created year-round settlements and larger farmlands. While artifacts indicate that these settlements once flourished, extensive droughts in the 11th and 12th centuries, as well as occasional catastrophic floods, drove human life from the region.

From the 1300s to the late 1700s, another nomadic group, the Numic People, passed through the area, marking the last Native American group to call the Zion region home before settlers arrived.

In the late 1700s, European Americans began exploring southern Utah. Most came by way of the Virgin River, which was used as a trade route. New overland trade routes were later established by fur traders and government surveyors.

The first official exploration came in 1872 when John Wesley Powell explored Zion Canyon as a part of a U.S. Geological Survey. Settlers began passing through the region, passing from Santa Fe to California.

By the time that first exploration began, Mormon leader Brigham Young had already brought a group of members of the Church of Jesus Christ of the Latter Day Saints to what was then Utah Territory in 1847. Initially, they established towns in the Great Salt Lake Valley. Later, they went on to expand towns along the Virgin River, many of which still exist today, like Springdale and Paradise. In 1863, one Mormon settler, Issac Behunin, built a cabin near where the Zion Lodge now stands, marking the first settlement in Zion Canyon.

But like Native American tribes centuries earlier, periods of drought and catastrophic flooding, as well as poor soil in the region and sparse room for fields, eventually drove settlers from many of these new towns.

Early on in the 20th century, the beautiful and remote landscapes of Zion Canyon began to attract attention as a potential source of tourism. In 1904, artist Frederick Dellenbaugh exhibited his paintings of the Zion region at the Saint Louis World’s Fair. These may well have been a big reason that the area caught the eye of the current president at the time.

By 1909, actions were already underway to protect the land. That year, a presidential executive order by President William Howard Taft created Mukuntuweap National Monument. But the name would prove unpopular, prompting a change in 1917 by the newly launched National Park Service. Dropping the “Mukuntuweap” name, the National Park Service instead added “Zion,” a name used by the local Mormon community to describe the region.

On November 19, 1919, additional acreage was added and the monument officially became Zion National Park. In 1937, Kolob Canyons was placed under protection as well as the new Zion National Monument. It was added to the national park in 1956. 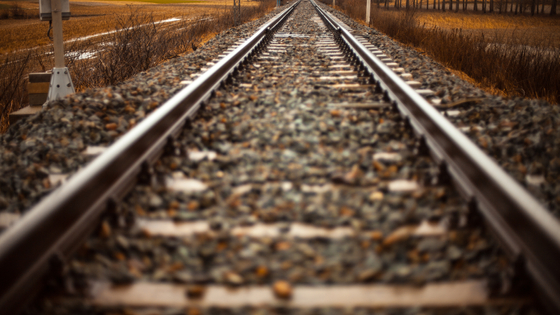 Early visitors to Zion experienced a very different park than we know today. A road wasn’t built in the park until 1917. Prior to that, automobiles could use upgraded wagon roads to drive to the park, but visitor numbers remained low because of rough conditions and no lodging or services in the park. When the new road was built in 1917, a tent camp, called Wylie Camp, was also established. The Utah Parks Company later bought the camp. This company was a part of the Union Pacific Railroad, and they began to offer 10-day bus and rail tours to Zion, as well as other nearby parks like Bryce Canyon, the North Rim of the Grand Canyon, and the Kaibab Plateau.

Zion Lodge was built in 1925, replacing the Wylie Camp in the same location. Two years later, work began on the Zion-Mount Carmel Highway. In 1930, the highway opened, for the first time making visits to the park easier. Zion flourished as a result. Visitor numbers started to rise and would continue to do so most years until reaching the staggering number that visits the park today.

Today, Zion National Park remains one of the most beautiful, unique, and popular parks in the nation. The millions of visitors who come to the park line up at trailheads, shuttle stops, and overlooks, all eager to enjoy this historic park.

Want to see what all of the hype is about? Check out these reasons why Fall is the best time to visit Zion National Park. 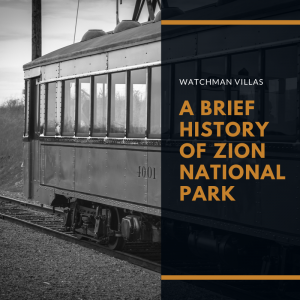