6 Reasons Why Hiking In Utah Has No Equal 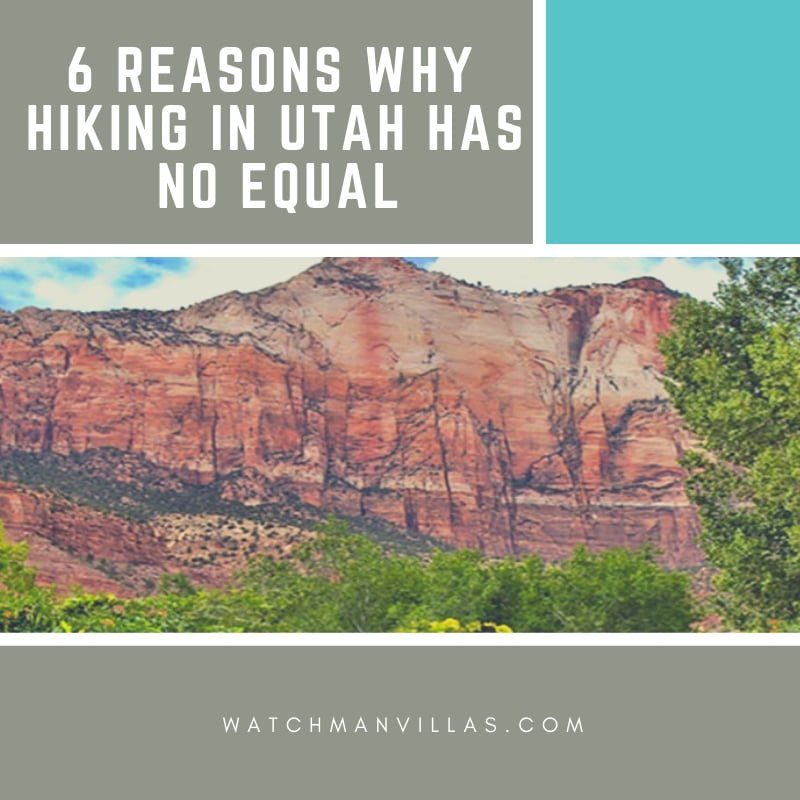 Though hiking is something almost anyone can do, its highs and lows depend largely on where you hike.  And risks are part of the equation. Attempting to hike across hostile borders is perilous, and hiking through downtown of a bustling city also carries hazards.  Fortunately, you don’t have to tackle Mount Everest to experience stunning views and a great sense of accomplishment. Chances of death are too great. What’s great is finding a place that features easy, moderate, and strenuous hikes—something for everybody.  That place is Utah. Read on to see why hiking in Utah has no equal.

The biggest difference between hiking the ordinary parts of your country and venturing into Utah is the huge difference in scenery.  Vista is everything. Hiking in Utah exposes you to sights uncommon, where the scenery is rare and magnificent. Beauty inspires and soothes the mind and soul.  For people who know, Utah is a coveted place not only to live, but also to hike and recreate.

Being from Utah, I grew up seeing its beauty; but, then I attended a medical seminar in Iowa, where the successful, guest speaker talked about the privilege of living and working wherever we chose.  He said, “You can live in gorgeous places like Hawaii or Utah!” Wow, I thought. He’s right; Utah is pretty amazing. It has ski resorts, colorful deserts, ponderosa forests, dinosaur quarries and monuments, natural arches of red rock, the great salt flats where land-speed records are set and challenged, happy hunting and fishing, geologic wonders, and of course, the five breathtaking national parks.  They are heavens for outdoor enthusiasts.

Zion is found in Southwestern Utah, near the cities of Hurricane and Saint George.  About four million visitors trek and photograph its landscape every year. A real enhancer for Hiking in Utah are the trails of Zion, the most iconic of which is Angels’ Landing, a five-mile round trip that is considered Class 4 scrambling (in rock climbing jargon) because of its climactic, narrow ridge where you will either cheat death or become scraps for buzzards and vultures, below.

At the main entrance to Zion is the endearing town of Springdale, Utah.  Springdale has great hotels and rentable condos—such as the Watchman Villas—delicious restaurants, and fantastic gift shops.

Bryce Canyon is Just 90 minutes (by car) northeast of Zion.  It features alien-like Hoodos (natural statues of red sandstone) which stand guard over Bryce’s pristine forest and valleys.  Hike from any of the highway-pullouts with trailheads to see the Hoodos up close and personal. Hiking in Utah would not be the same without seeing the Hoodoos.

Hiking in Utah should include the other three national parks, when possible.  Heading northeast from Zion and Bryce are three more magnificent parks for your challenge and pleasure.  Canyonlands is famous for its dramatic desert landscape, sculpted over many years by the Colorado River. A giant, flat-topped mesa with spectacular overlooks is called “Island in the Sky.”  Be sure to do that.

Capitol Reef surrounds a long wrinkle in earth’s crust—the “Waterpocket Fold,” which makes geologists giddy with excitement.  It displays layers of golden sandstone, striking rock formations, and majestic canyons. The Chimney Rock Pillar is famous, along with the Hickman Bridge Arch, and Capitol Reef, with its white sandstone domes.

Arches National Park is known for its namesake—large, natural, sandstone arches which make great photography.  Many use the arches as natural frames for their objects of focus.

6 Reasons Why Hiking In Utah Has No Equal